Skip to content
“Mitchell’s command of the instrument is evident and his tone is righteous.
Mitchell is a smooth and talented fiddler…
he sings smoothly in a contemporary style and his fiddling is just right.”
– Bluegrass Unlimited Magazine 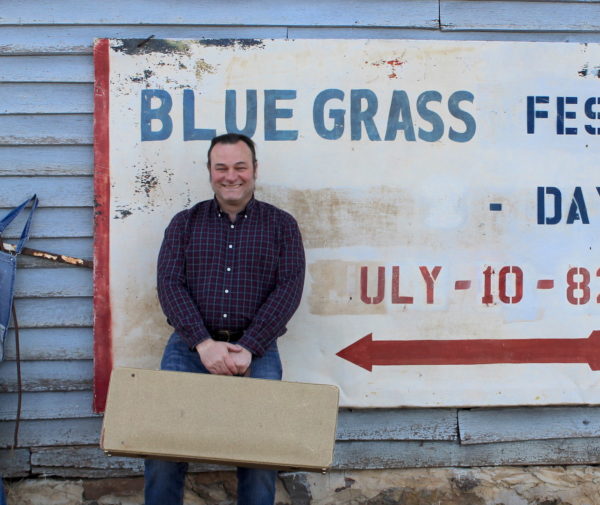 “Mike Mitchell played to a full house tonight at The Listening Room, and he captivated every single heart in the room. What a musician! What a performer! Mike is a renown bluegrass musician whose newest CD, “Small Town,” just debuted at #2 on the Billboard Bluegrass Album Chart, but tonight he played unplugged, returning to his folk and jam band roots and playing solo versions of old time and bluegrass favorites, as well as brilliant originals and a few covers. Mike’s wife, Jennifer Brooke, often performs with him and sang harmony this evening on a lovely number. Mike alternated between guitar and fiddle/violin solos, and his strong sweet voice complemented both instruments. Thank you, Mike, for such a fine evening of music!”
— Mary Sue Scott, The Listening Room Wytheville, VA
“The Mike Mitchell Band performance on our ‘Live Drive at Five’ Radio Show was the best we have had on our radio station, yet.”
— Kelly Epperson, General Manager WPAQ Radio 740 Mt. Airy, NC
“Have to say, Mike’s workshop was perfect for my studio– I’ve been spreading the word and will continue to do so! We need ‘folk’ music so very much in our teaching and our lives.”
— Carol Stone ASTACAP Director
“I was so glad that all the folks I talked to afterwards had the same experience as I did the first time I heard Mike. After I heard the first song I thought “Wow, that’s a great song!”, then the next song “Wow, I like that better than the last one” and so on all night long.”
— Kevin Slick Colorado Bluegrass Society/Midwinter Bluegrass Festival
In his second year on the festival scene, Mike is touring nationally to support his second album, “Small Town”,  debuting at #2 on the Bluegrass Billboard Chart!
With his seasoned bluegrass trio, or his incredibly talented, “Mike Mitchell Band”, festival audiences are demanding encores and return bookings.

“I absolutely LOVE it. You know, there really haven’t been very many really good voices doing that kind of folk stuff in bluegrass for a long time…”
— Carl Goldstein Delaware Valley Festival, WVUD, Newark, DE
“The Mike Mitchell Trio won over the Lucketts Bluegrass crowd with their fresh take on traditional American music.  Whether performing original tunes, bluegrass classics, or fiddle tunes, they did so with joy and skilled musicianship.”
— Karen Capell Lucketts Bluegrass
“Mike ….. is unbelievably talented! Reliable and professional, through the booking process and all the way throughout the event.  You guys really are top notch​!” -Jason Gallimore, Chantilly Farm Bluegrass and BBQ Festival “Mike Mitchell  brings a unique offering to FloydFest in our Children’s Universe, allowing kids of all ages to explore their musical talents through improvisation and collaboration to make music from scratch.  Mike & Jen Mitchell have brought the Magical Musical Tour to FloydFest for the past three years, and we can’t imagine the children’s area without their involvement.”
— Kellee Barbour CPO, FloydFest
Back to top